Looking forward to 2020…remember to pay attention to what matters most.

Have you driven the former Pierce Arrow Factory Complex at the corner of Great Arrow and Elmwood Avenue? Great things are happening and we are excited to be a part of the project team for a little known, 9000 sf, 2-story building, referred to in historic documents as building “K”,  that sits between the former Administration Building to the south and Garage Building to the north. The following is a bit of history…

1711 Elmwood Avenue, also known as Building K, is located in the northwest corner of the National Register Listed Pierce Arrow Complex in Buffalo, NY. Originally a manufacturer of household items, bicycles and motorcycles under the George N Pierce Company, The Pierce Arrow Motor Car Company produced its first one cylinder automobile in 1901 which it displayed at the Pan American Exposition held in Buffalo that same year. Coincidently The Pierce Arrow Motor Car Company constructed its new factory expressly for the manufacture of automobiles on the site of the Pan American Exposition in late 1906. The complex ultimately grew to encompass 45 acres, 15 major structures including Building K, and over 1,500,000 square feet. Pierce Arrow designed and manufactured luxurious automobiles for an affluent market. They were marketed as much more than a car. They were symbols of wealth and status. Pierce-Arrows served as presidential vehicles from Taft to Roosevelt. Foreign royals, diplomats and business tycoons, including John D. Rockefeller, the Shah of Persia, J. Edgar Hoover, the secret service, and many more all drove Pierce-Arrows.  Famous Americans like aviation pioneer Orville Wright and hall of fame baseball player Babe Ruth also had Pierce-Arrows in their personal car collections. Building K is a two story reinforced concrete “daylight factory” structure of 9,000 square feet used by The Pierce Arrow Motor Car Company for engineering design, testing and product development. Pierce Arrows were known not only for their luxury but also for innovations such as all aluminum body construction and the gas pedal. As is the case with many buildings on the complex, Building K was designed by Albert Kahn, one of the nation’s leading industrial architects, and was constructed by the Aberthaw Construction Company of Boston, MA in 1916 as part of the third major wave of the Pierce Arrow Complex development during the period of significance 1906-1938. At least seven other buildings were constructed during this period, including a boiler house, paint shop, receiving building, truck washing shed, and several storage sheds. Throughout each of the three major stages of complex construction, the Boston-based firm of Lockwood, Greene and Company served as the chief engineers, working with Kahn to ensure the complex would remain stylistically consistent, technologically innovative and industrially efficient over time. The original concepts behind the design of the Pierce Arrow Factory Complex inspired future factory design throughout the world. Each of the Pierce Arrow complex buildings, were designed for specific production functions and operated seamlessly as a whole. Building K functioned as a critical part of the whole for quality assurance, and research and development for the manufacture of Pierce Arrow vehicles. The laboratory performed 400 physical tests and 250,00 chemical tests each year. Then “state of the art” equipment measured the hardness and chemical makeup of alloys and steels. A dynameter was used to test the efficiency of engines and transmissions. Other equipment was used to measure material thickness, hardness and manufacturing tolerances. After The Pierce Arrow Motor Car Company ceased operations in 1938 the complex was auctioned and subsequently subdivided into a number of separate parcels. Today, however, the buildings physically endure as originally planned and remain contextually relevant to one another.

Plans are underway by others for the entire complex. Work has begun on the former administration building which will be living spaces and rumor has it… a restaurant. We are currently in the design development phase for Building “K” and when complete it will incorporate a private, loft residence on the second floor and garage and studio space on the first floor. Check back periodically for updates. 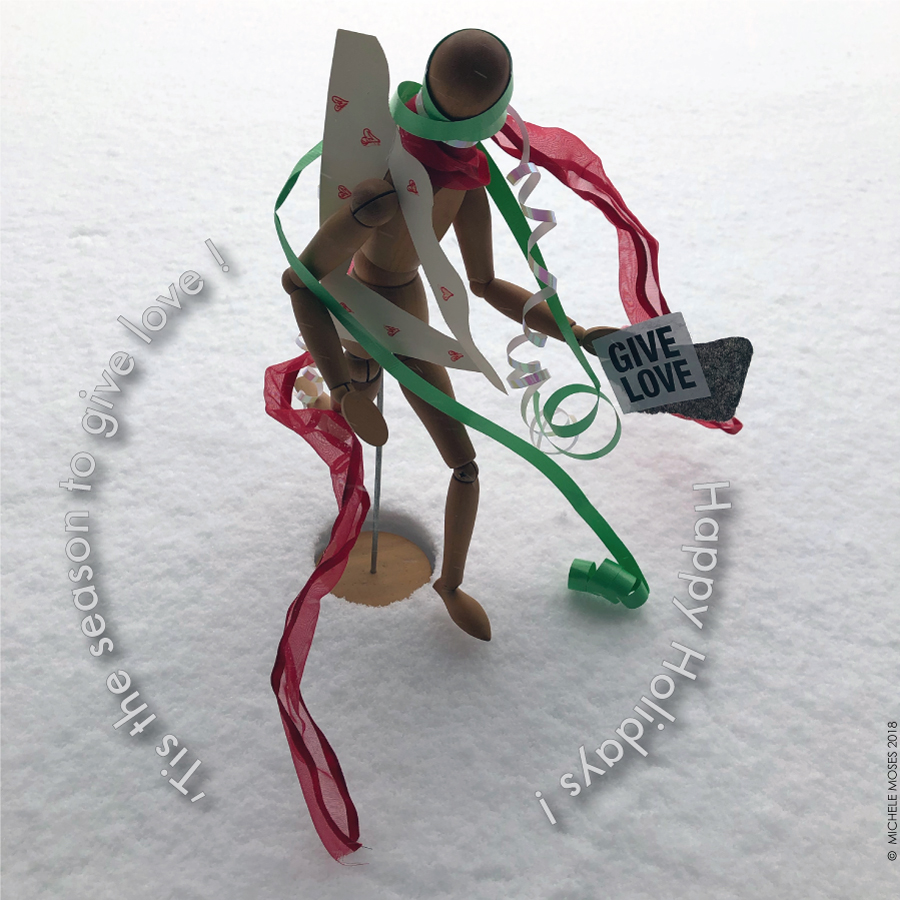 During a recent tour of the National Theatre in London with the University of Syracuse School of Architecture we were fortunate to view this amazing space, one of many utilized for set design. The building houses three separate theaters. We learned a portion of the stage in the main auditorium, The Olivier Theatre, is circular and split in two allowing it to rotate 5-stories below the stage and quickly rotates back in place for seamless set changes. 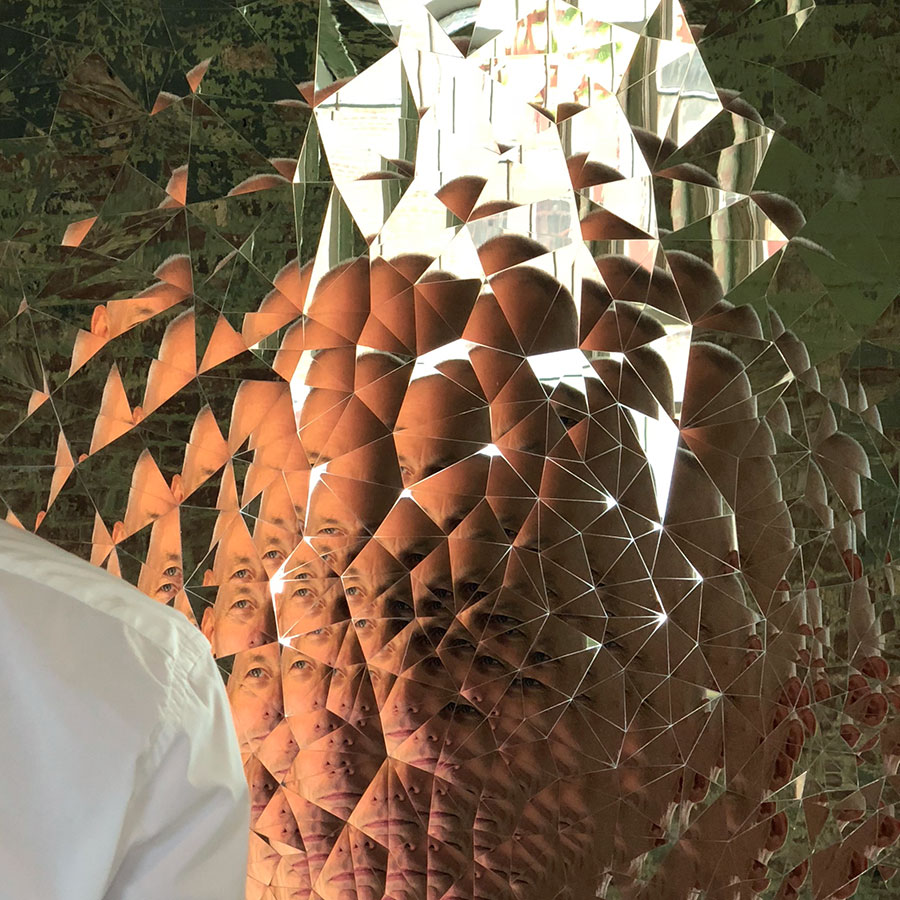 If you are visiting the Berkshires in Massachusetts be sure to stop at Mass MoCA to see the new Phase 3 exhibition space in Building 6. You will enjoy the look and feel of the new space as you wander through the wonderful exhibitions.

The piece shown here is Untitled (2012) by Anish Kapoor it is said to turn the familiar "unfamiliar and strange". 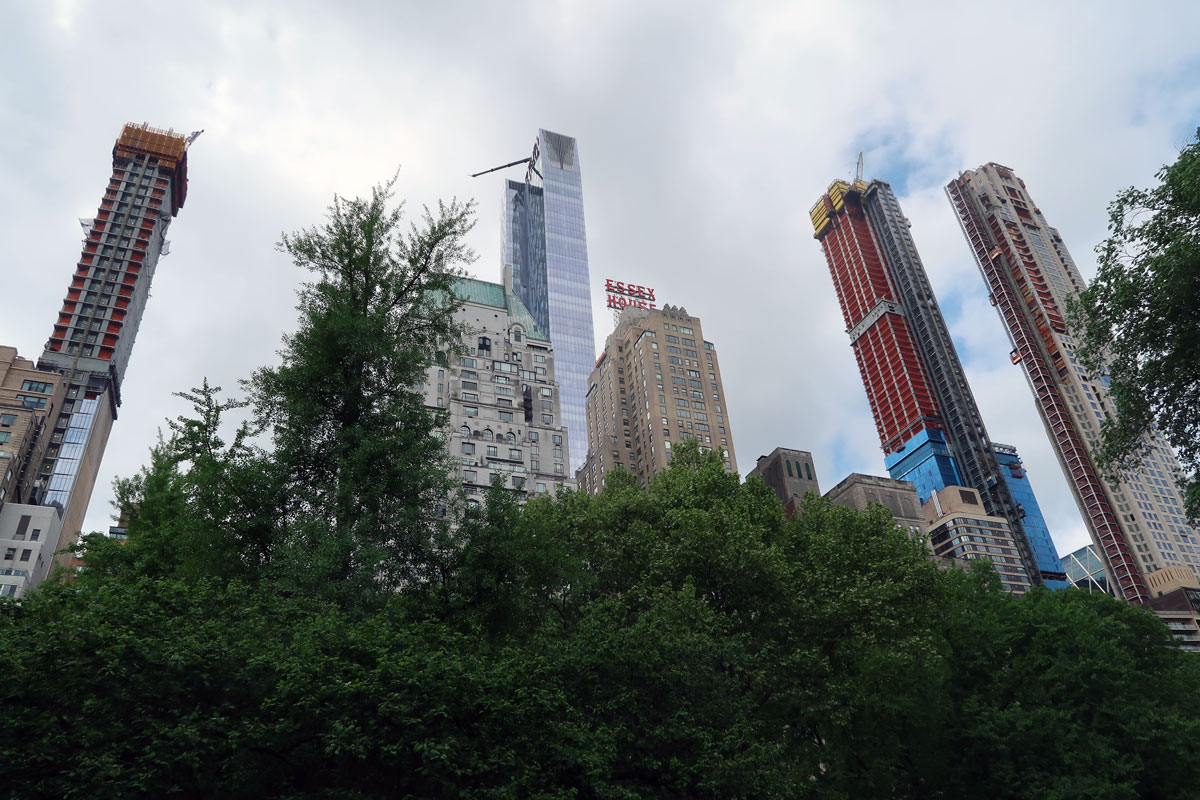 There is one thing you can always count on...CHANGE. 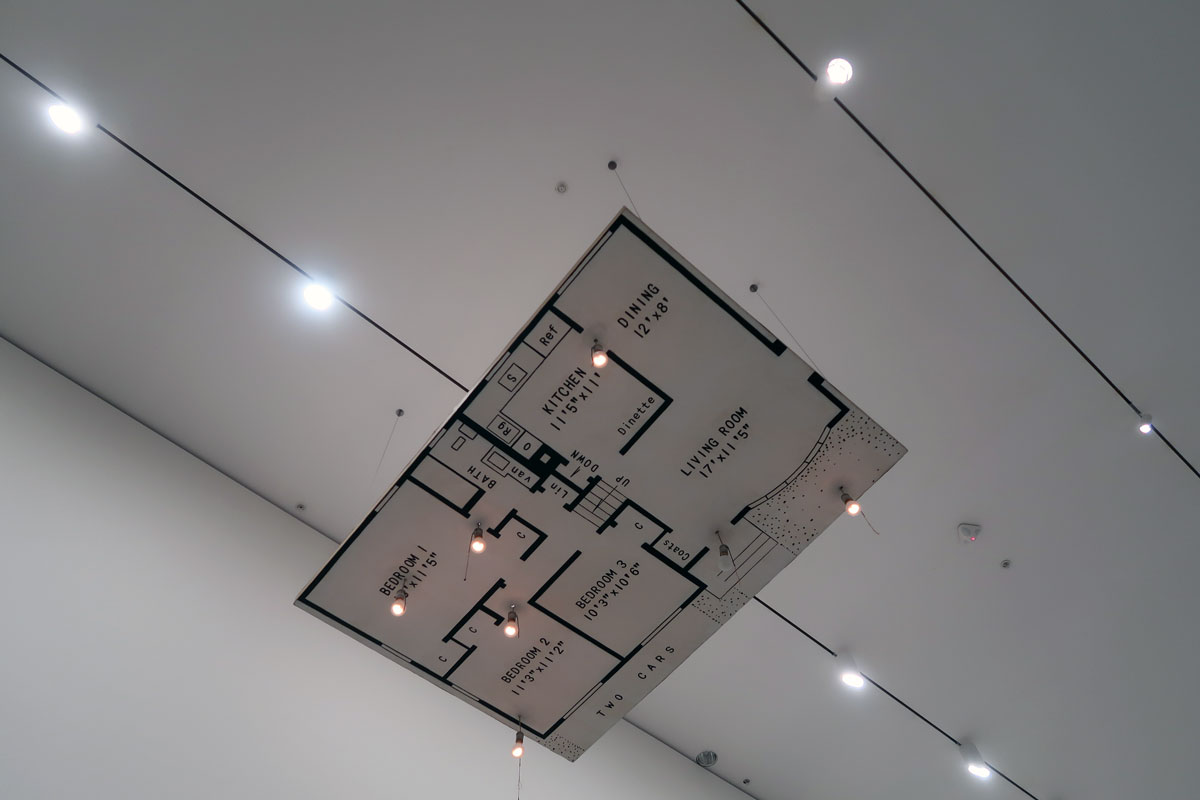 Through July 22 at The Museum of Modern Art, NYC

This one caught my eye of course! 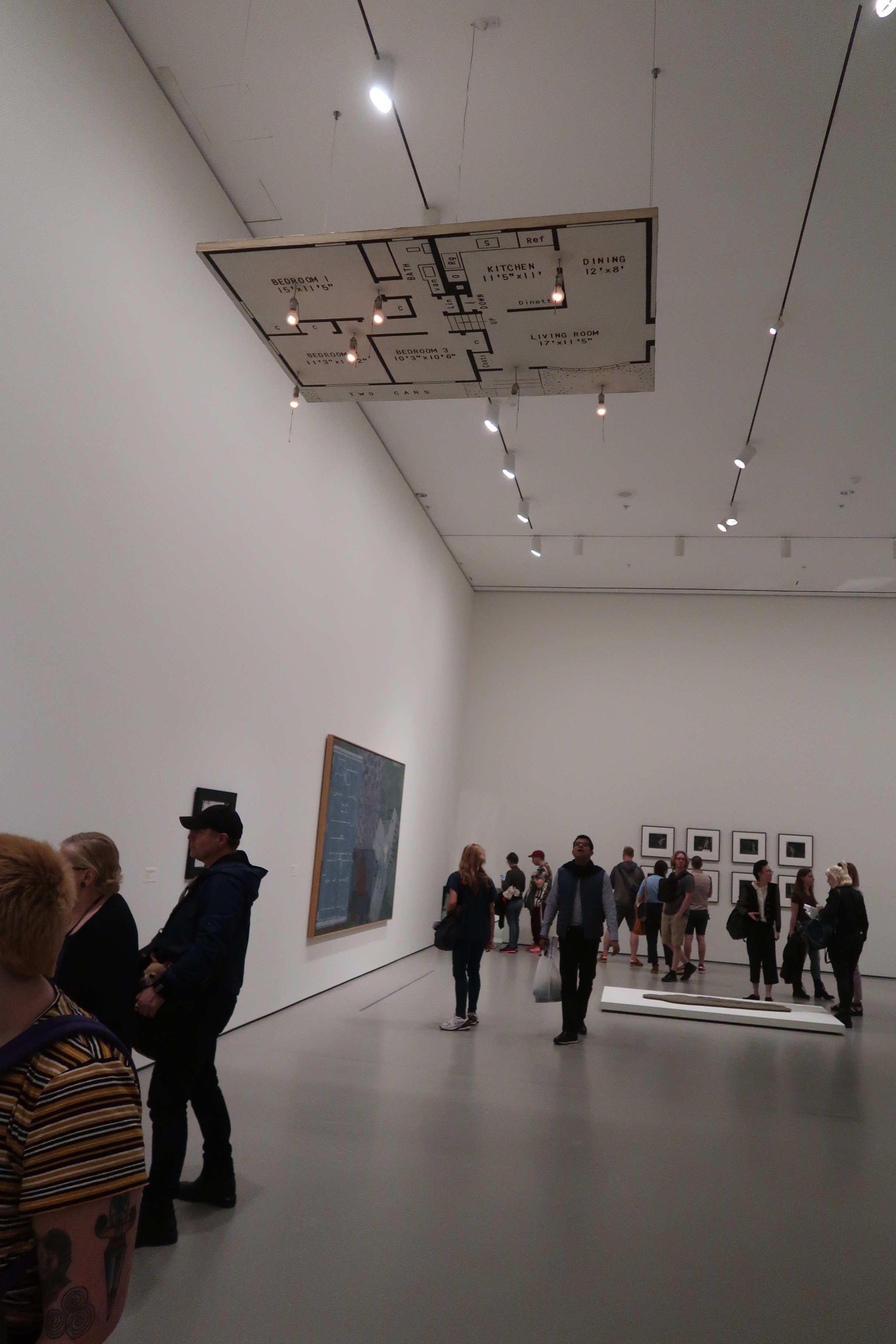 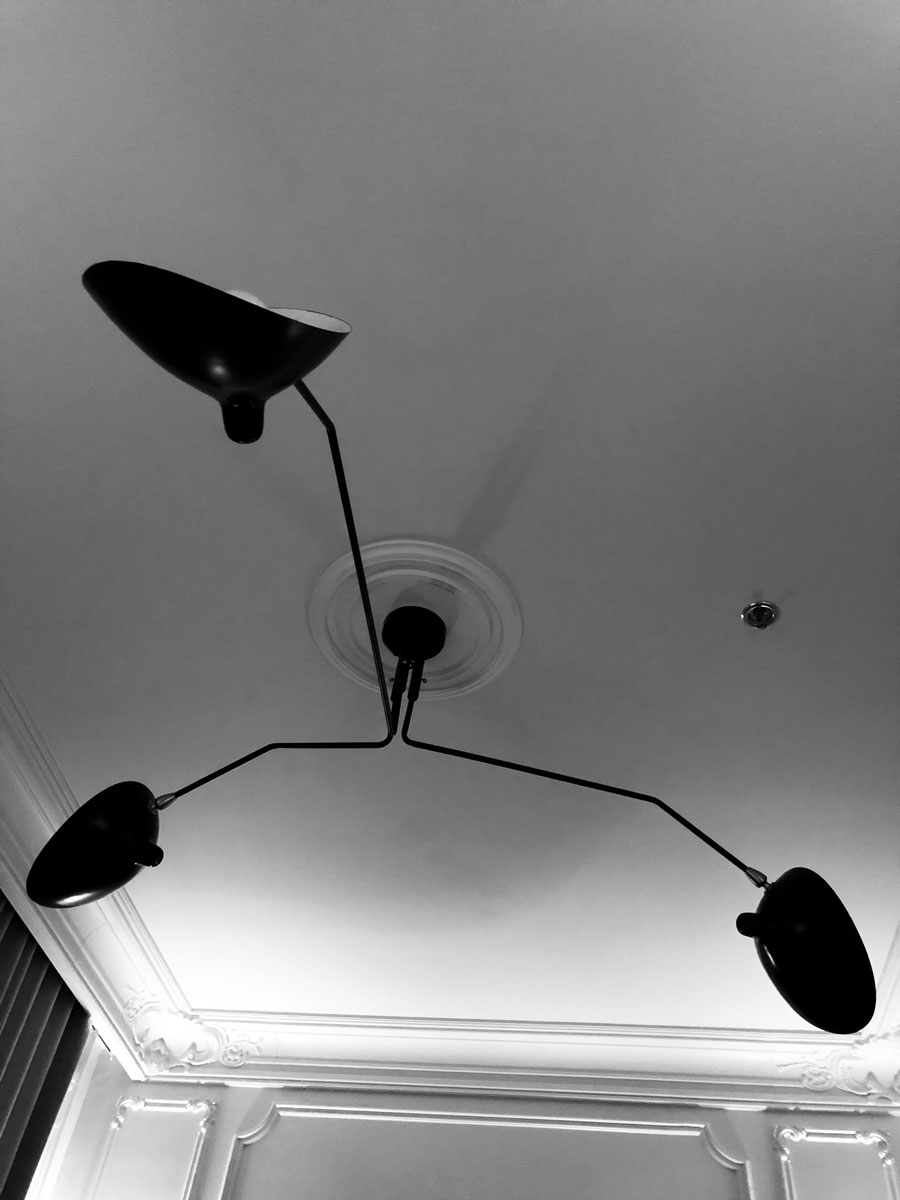 Also spotted at The Marlton in NYC... and paired with the "Hand" in the previous post. 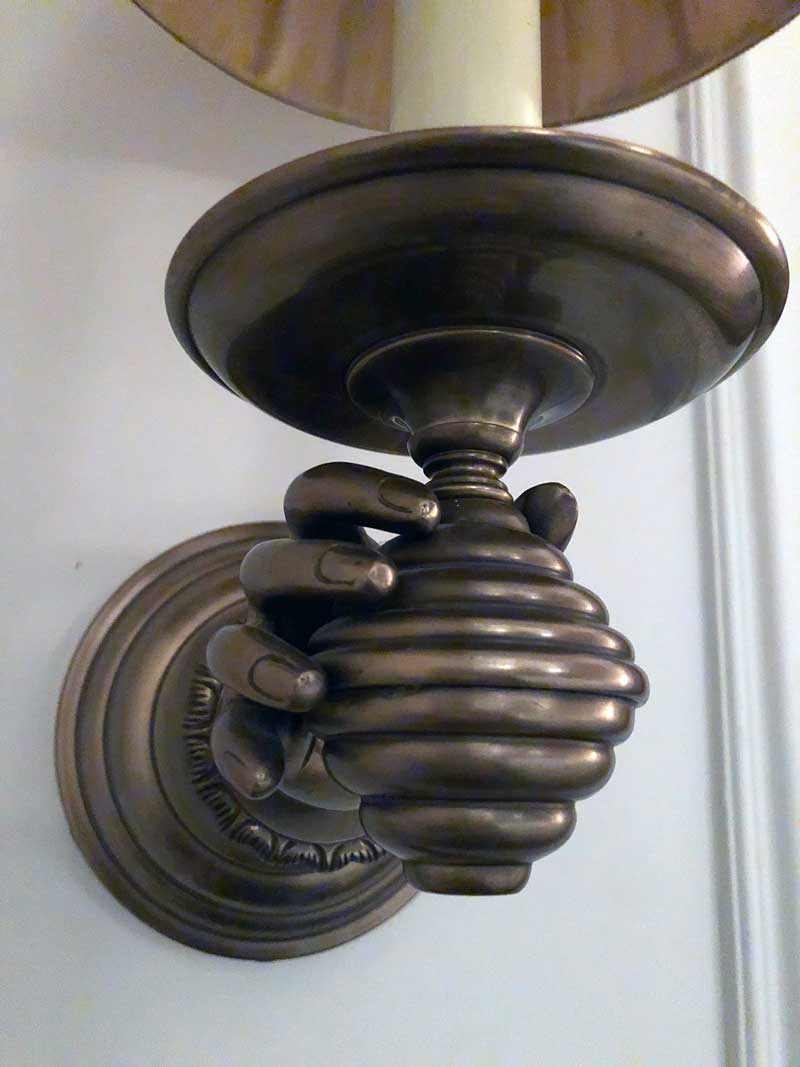 A unique light fixture spotted at The Marlton in NYC...near Washington Square Park. 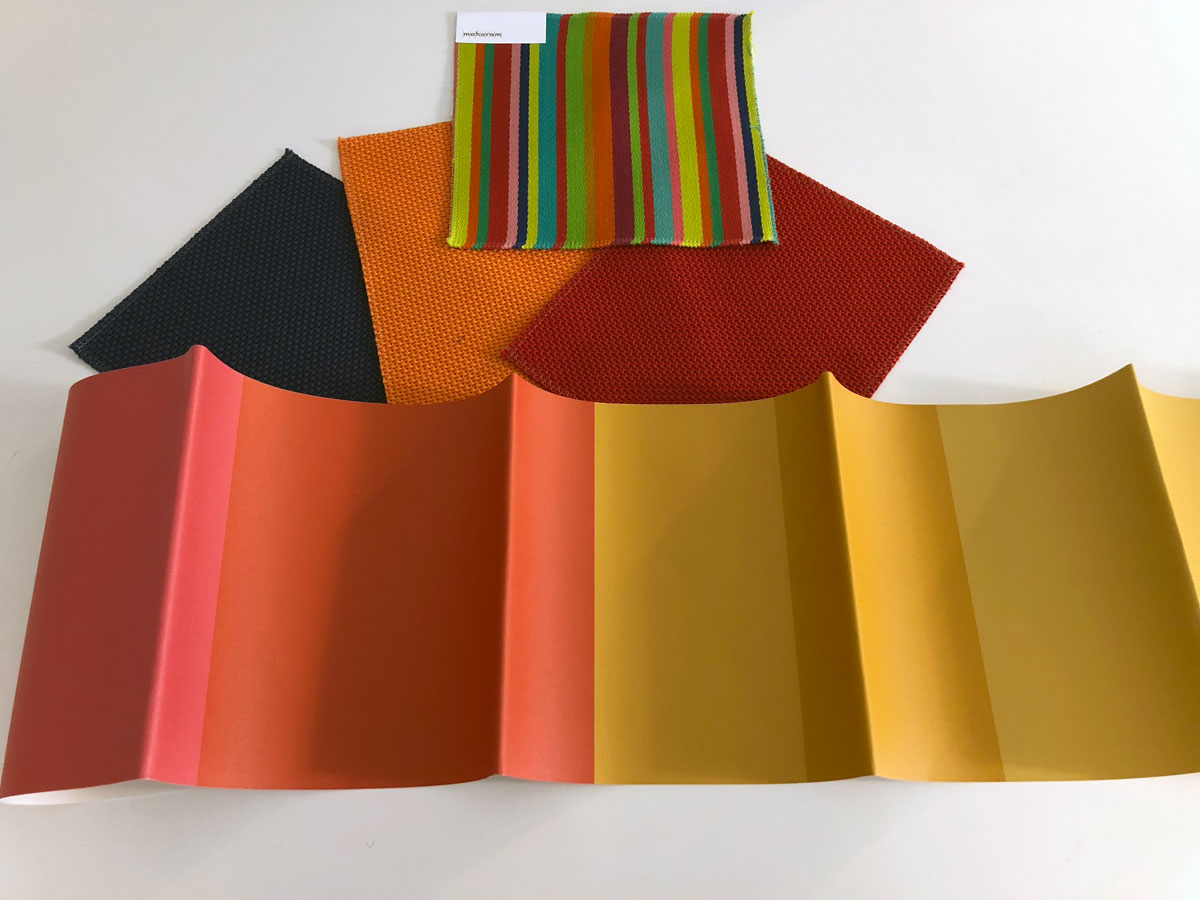 Maharam's Stripe, designed by Alexander Girard in 1973 paired with complimentary colors from a retro, 21st century palette anchored by 2017 Mixed Stripe wallcovering designed by Paul Smith, befitting his penchant for stripes and creative, retro designs, clearly a nod to Mr. Girard and the 1970's..

Also...checkout The "Stripe" Shop on Floral Street in London, one of Paul's many shops around the world, all uniquely themed.